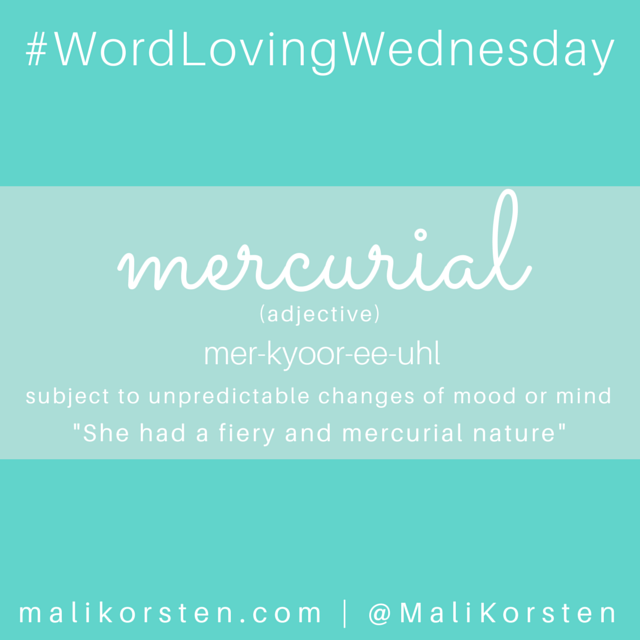 On Wednesdays, I show some love to relatively unknown, underused or under-appreciated words. This week’s word is:

Definition:
Insulting, abusive or highly critical language.
Example: A torrent of invective spewed forth from her lips.
Pronunciation: in-VEK-tiv

I love nouns that sound like adjectives! This word originated in late Middle English, where it was used as an adjective – meaning abusive or reviling. I kind of hope that none of you have need of this word in your day-to-day lives (it’s not really fun to be on either end of a stream of invective), but I think it would work wonderfully in a written format. It has an inherent harshness that correlates beautifully with its meaning.

Will you join me in attempting to use the word “invective” in conversation or writing at least once this week? Be sure to report back here regarding the context in which you used it! And if you’d like to nominate a word for Word-Loving Wednesday, simply post it in the comments section below!

Book Review: The Fault in Our Stars by John Green 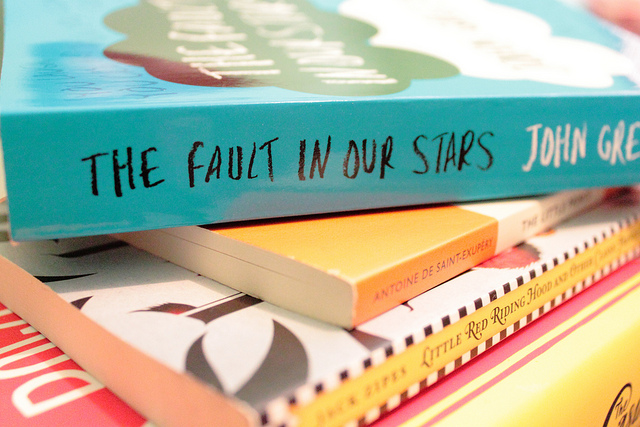 I’m generally reluctant to jump on bandwagons, but sometimes my curiosity gets the better of me and I have to see for myself what all the fuss is about. Such was the case with The Fault in Our Stars by John Green.

While I expected it to be an easy and engrossing read, I’ll admit that I didn’t expect to love it. Here’s why:

1) It’s classified as Young Adult (YA) Fiction. Prior to reading TFIOS, I hadn’t really read any YA novels since I was about 13, because a) I hated being a teenager and would prefer not to vicariously relive that period of my life, and b) I just assumed that any book aimed teenagers would be shallow and simplistic. (Side note: Remember that saying about making assumptions? Yeah, that.)

2) Sometimes I feel that writers exploit cancer by using it as a tool for guaranteeing a strong emotional reaction from their readers, because they know that nearly everyone has had some kind of experience with it, either directly or indirectly. Of course, it’s not necessarily a bad thing to write about heavy issues that we can all relate to, but I did wonder what TFIOS could possibly have to offer that hadn’t already been covered in the array cancer-centred fiction that preceded it.

3) The bandwagon thing. I’m way more critical of things that everyone loves (probably not my best quality, but anyway).

Thankfully, my slight skepticism came back void. Here’s why:

1) John Green doesn’t patronise his audience. He seems to operate from the perspective that teenagers are intelligent and do concern themselves with some of life’s more profound questions – questions that the majority of people will continue to wrestle with for their entire lives. There are also lots of cool (but not immediately obvious) symbolic themes and metaphors running through the book, for those who enjoy a little artistic excavation. Plus, the lead characters do NOT talk like real-life teenagers. This actually irritated me a little at first, until I heard Green explain that the dialogue was not supposed to be an accurate depiction of teenage discourse, but had been intentionally stylised in order to show what the main characters might think/hope they sound like.

2) Although the central story is a romantic one, Green doesn’t romanticise cancer itself and offers a pretty accurate and gritty depiction of its many ramifications.

So, count me among those who are aboard the TFIOS bandwagon! I really enjoyed this book, and recommend it to anyone looking for an easy yet thought-provoking read. The writing style isn’t at all taxing, yet there are enough layers to keep the reader engaged from beginning to end. The first layer is the love story. The second layer is the issue of mortality and how scary it is to be confronted with death in a real and immediate manner. The third (and my favourite) layer is the greater question of what constitutes a meaningful life. (There are probably many more layers that I didn’t uncover in the first read.) I love that John Green has encouraged people, young and old, to think deeply about these questions, because questions are the beginning of discovery.

Have you read The Fault in Our Stars? What did you think of it? Let me know in the comments section below!

Four Things To Do When You Have Writer’s Block 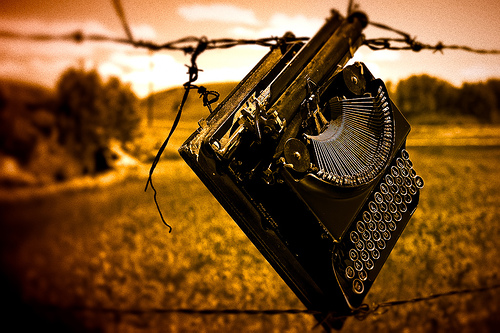 All writers have experienced the disheartening sense of creative bankruptcy that is writer’s block. The good news is that you don’t have to wait in a state of passivity until it disappears. Here are four tips for getting over the proverbial hump:

1. Read. When I’m feeling totally uninspired, I read. I read all kinds of things – novels, blog posts, short stories, news articles, song lyrics, poems, etc. Once I begin to truly appreciate the infinite ways in which language can be utilised to convey a message or tell a story, I start itching to further develop my own style of communicating through words.

2. Write. No, I haven’t totally lost my mind and forgotten what the title of this post is. But really, sometimes the only way out is through. Unless you’ve truly and completely lost the ability to string a sentence together (in which case you should stop reading this post and call a doctor immediately) then the only thing standing between you and some words on a page is the fear of writing something bad. So, face your fear, write something bad, and eventually you’ll be rewarded for your diligence with inspiration.

3. Do Something New. This could be as simple as going to a new coffee shop, taking up a new hobby, learning a new skill, meeting a new person or visiting a new place. Newness is stimulating and can cause us to notice things we may have previously overlooked. Sometimes a simple change of scenery can be just the ticket for recharging those creative batteries.

4. Stay Calm. Writer’s block can be an extremely humbling experience. That’s a good thing – humility makes us strive to be better writers. Don’t get too freaked out by your current lack of creative energy. Keep to your end of the bargain (see No. 2) and this too shall pass.

How do you deal with writer’s block? I’d love to hear from you in the comments!

On Wednesdays, I show some love to relatively unknown, underused or under-appreciated words. This week’s word is:

Definition(s):
– Strongly reminiscent or suggestive (of something)
– Strongly smelling of something
– Fragrant
Example: The room was redolent of old, rotting flowers.
Pronunciation: RED-oh-lent

I don’t think I’ve never heard this word before, but I think it’s fantastic! I reckon it would be really useful for building atmosphere in a story or poem (or any piece of writing, really). Maybe it could even work in a song? Challenge accepted! (Maybe.)

Will you join me in attempting to use the word “redolent” at least once this week? Be sure to report back here regarding the context in which you used it! And if you’d like to nominate a word for Word-Loving Wednesday, simply post it in the comments section below!