Tutorial Tuesday: How to Play “Am I Lost” 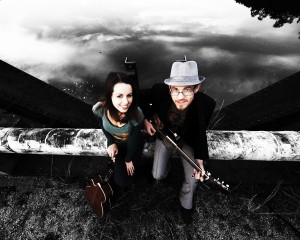 Here’s a tutorial on how to play “Am I Lost” by Mali & Me. I’ve included the video for the original song (as well as the lyrics) below the tutorial video.

If you have any questions, please don’t hesitate to ask in the comments!

Am I lost? Could it be?
Did the liar finally get to me?
Am I still free?

And did I walk, or was it You who left?
Am I lost, or did I just forget
What it means to love You unto death?
Maybe I’m going, going
But I’m not gone yet.

Did You see, oh, did You hear?
Just say the word and I will know that You are near
Living here

And did I walk, or was it You who left?
Am I lost, or did I just forget
What it means to love You unto death?
Maybe I’m going, going
But I’m not gone yet

Did I fall away?
Or am I just in an arrested state?
God, I wanna move, know I need to change
Don’t wanna sit around and wait for better days…

Video: Caught In The Wire

Today I thought I’d share this video of Caught In The Wire (from Atlases & Astronauts) that I recorded a couple of years ago in our old house.

I wanted to be an astronaut
So I could learn to fly
And dance in the moonlight
And watch the world go by, from up high

Now I’m caught in the wire
That stretches between all I am and all I could have been
And I stand in the fire
This taster of hell that says heaven was just a dream, not for me

And I’m caught in the wire
That stretches between all I am and all I could have been
And I stand in the fire
This taster of hell that says heaven was just a dream, not for me

I always try to be quick to listen and slow to speak
But I open my mouth and words come falling out
But I’ll try tomorrow, on the time I’ve borrowed
To get it right, before I lose the light

To pull me out of the wire
That stretches between all I am and all I could have been
Get me out of this fire
This taster of hell that keeps heaven away from me
Away from me. 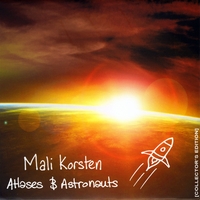 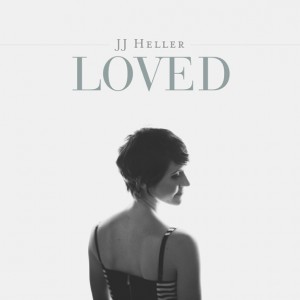 I’ve lost count of the amount of times I’ve been told I need to write “happier” or more upbeat and commercially viable songs if I hope to be a success. I decided early on in my career that I wasn’t going to compromise my art in the hope of becoming a mainstream success – I want my songs to mean something, even if that means that they have less mass appeal. Imagine my joy when I first discovered an artist who is doing the exact same thing, and making a great success of it. That artist is JJ Heller.

I’m a firm believer that songs should tell a story. Sadly, the mainstream music industry doesn’t seem to agree with me. JJ Heller is one of a few contemporary artists I’ve discovered who understands (and has mastered) the art of story-telling through song. Listening to her music is like reading lots of little books – each story is detailed and complete, despite being an average of just three-to-four minutes long!

Credit must also go to her husband, Dave Heller, who co-writes the songs and plays guitar, as well as singing backing vocals.

An addition to their story-telling, another thing I love about the way the Hellers write is that they have an aptitude for crafting great melodies. A lot of current music is monotonous in comparison with the melodic songs of the past. JJ and Dave do not neglect this important aspect of songwriting, and seem to have a clear understanding of the concept that a great melody will enhance and support the central story of a song.

To date, JJ has released six studio albums and one EP. Her latest record, Loved was released last week, and has already been making a huge impact on its listeners (myself included). Produced by Cason Cooley and Ben Shive, the sound is quite a radical departure from her past records. This was a very brave move, and it really paid off. I love it when artists continually grow and take risks, rather than just sticking with what they know works. Loved is less “stripped” than previous albums – heavier on the drums, bass, keys and effects. Production-wise, it’s reminiscent of Sarah McLachlan‘s Afterglow album, but with a unique identity of its own. The production is tasteful and a wonderful enhancement to the songs, which are so good that they stand up all on their own, even when all the extras are stripped away (as is proven by the acoustic bonus tracks on the deluxe version of the record).

This post would not be complete if I didn’t mentioned JJ’s voice. The first time I heard her sing was in 2008, when my husband, Cuan played me her album, Only Love Remains. In this age of X-Factor and American Idol, where “power” and volume seem to be the only things that impress, it was so refreshing to hear someone singing straight from the heart. JJ’s delivery is honest, unpretentious and, quite simply, beautiful. She doesn’t give in to the temptation to use her vocal ability un-tastefully, for the sake of being “flashy”. She sings in the way which best services each song, delivering each story with beautiful sincerity. Tonally, there is something about her voice that brings a lump to my throat whenever I hear it. I would even go so far as to say that JJ’s is my favourite of all the female voices I’ve heard.

Watching JJ Heller’s career soar has given me hope – hope that there really are plenty of people out there who like music that deals with real issues, that isn’t superficial or shallow. Hope that it really is possible to be a successful independent artist, without the backing of a major label. I encourage you all to support JJ, so that she and Dave can continue doing what they do so beautifully. Now, more than ever, we need to be celebrating and investing in the artists who are creating something authentic and heartfelt.

Has JJ’s music inspired you in some way? Let me know in the comments section below!

Tutorial Tuesday: How to Play “Lead Me Home”

I’ve had a few people ask me how to play Lead Me Home, which is the 12th track on my album, Atlases & Astronauts. As such, I made this video for those of you who are keen to learn it!

If you have any questions, let me know in the comments section below.

Get the original song here.

Opening for Just Jinjer at The Lost Plot

Yesterday was an amazing day for Mali & Me, as we had the privilege of opening for one of South Africa’s most well-loved bands, Just Jinjer. The venue – The Lost Plot – overlooks the Knysna Lagoon, and is arguably one of the most beautiful in the Garden Route! 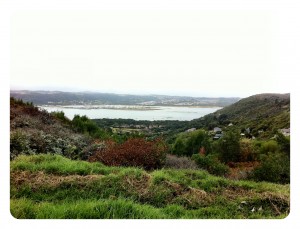 The stage backdrop at The Lost Plot

Tigger kicked the day off with a fantastic set, which included some amazing original songs. 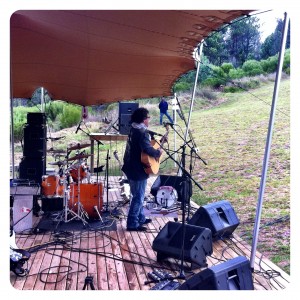 Tigger, getting the party started

We played after Tigger, and had an awesome time entertaining the beautiful crowd, who were more than happy to brave the less-than-perfect weather in order to hear some live music. 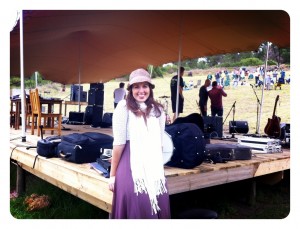 Getting ready to play

Once we were done, Just Jinjer took to the stage and rocked the party! 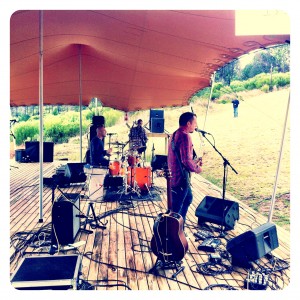 This photo is actually from their soundcheck – we were far too busy enjoying the music to think about taking photos during their set!

Thanks so much to The Lost Plot for hosting such an amazing event, and thanks to the wonderful people of Knysna (and the surrounding areas) for making it so memorable. You guys rock! 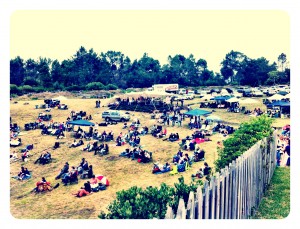 The lovely locals, showing their support for live music

See you at the next show!
Mali.xxx