I wrote this song in 2011 as part of the “Songs of June” challenge. It’s my favourite of all the songs I’ve written. It came to me so quickly and so easily that I felt as though I’d been handed a present that I just had to unwrap. Few things are more exciting to me than writing a song that I simply had to show up and receive.

“Ladder”
Girl, you can talk, but do you even know
How each word that you speak just goes to show
How broken you are, how broken you feel
And how long that you’ve waited in vain to be healed?

And you stand with your scars
But I know underneath all the bitterness there’s a broken heart
That longs to be loved, and longs to be free
And says, “Someone save me

You keep building bridges, then watching ’em burn
Both too scared to commit and to be alone
And the skeletons lie at the back of your mind
And remind you of all you had planned for your life

And you wish you could change, but you think it’s too late
Think you’ve lived too long to start again
And you’re living proof that time doesn’t heal
Only love can make forgiveness real

So come down from your ladder, down to the street
The thing that you’re after begins with belief
Only faith will bring relief
And there’s only one road that leads to the place
Where the weary have smiles and not tears on their face
Come, walk it with me
Come and walk it with me.

I wrote Starting Today just over two years ago, for friends of mine back in England who were getting married. These particular friends have been very supportive of my music, and writing this song for their special day was my way of saying thank you!

That my love will hold
Through the seasons ahead, while we’re young and when we are old
Through hot and through cold

Take my hand
We don’t need to run to some faraway land
‘Cause when you’re with me
Yeah, this battered and broken old world’s good enough for me
The good’s all I see

CHORUS:
And the words that are said here today
Mark the start of the journey we’ll make
And of all God’s people, it’s you that I take
Starting today

We’re not the same
I am like fire and you are like rain
But we’re one today
We are melded together, with no room for guilt or for blame
Only grace

Today the vows that we give
Mark the start of the promise we’ll live
And I’ll love, hope, trust and always forgive

Today I’m one tenth of the way through the challenge, weighing in with my first original song of the series! This is a new(ish) song, about the sense of relief and freedom that can come with getting out of a bad relationship. Hope ya dig! (N.B. This video features a cute dog.)

“More Than a Fire”

Now that you’re gone, I can see the light
Dawn is breaking on this lonely night
I tried to do what I thought was right
But I give up the fight

CHORUS:
Look at the sky, the colour’s coming back
I feel the sun shining through the cracks
I guess love is more than a fire
For a flame will not sustain
It’s bound to burn out

Falling is easy, but the landing hurts
When you’re lying facedown in the stones and the dirt
It’s hard to admit that every heartfelt word
Was just empty reverb
That my heart just misheard 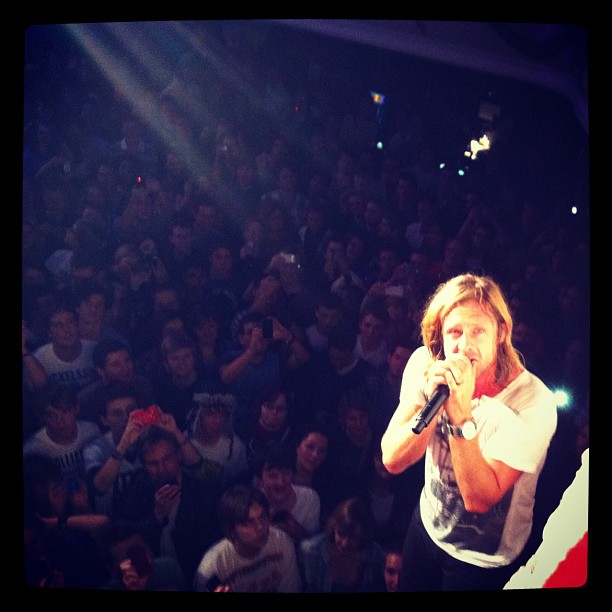 Last week I listed six classic songwriters who changed my life. But it’s not just the old faithfuls who have had such a profound effect on me – there are just as many contemporary songwriters whose songs have done the same. Here are the top six (in no particular order, except for the first one!):

1. Jon Foreman
I’ve gone into more detail in a previous post as to how and why Jon Foreman’s have changed me, both as a songwriter and as a person. I could probably write an entire book detailing the many reasons why I love his songs, but suffice it to say that his words turned my world upside down and made me completely reevaluate my life, and I’m forever grateful.

2. Josh Garrels
He reaffirmed my belief that you can create a successful career in music without being signed to a major record label, as long as you’re prepared to work really, really hard. His generosity in regularly giving away his music for free opened my eyes to the value of making a gift of your gift. Artistically speaking, his music has inspired me to push more boundaries and venture a little further left of centre.

3. John Mayer
His music reminds me that all three aspects of my craft (songwriting, singing and playing an instrument) are important and that none of these components should be neglected. He is such a master of all three that he continually inspires me to work harder at all these elements. His songs are filled with amazing imagery and clever storytelling, and I’ve learned so much about songwriting through listening to him.

4. JJ Heller
If ever I need a good cry, JJ’s songs are my go-to. They are written and performed with such heartfelt sincerity that I usually tear up pretty quickly when listening to them! Her music gave me the confidence to continue writing from the heart and stop worrying about whether my songs were upbeat or radio-friendly enough. She is living proof that honesty still has an audience.

5. Nerina Pallot
When I was younger, I thought the guitar was a man’s instrument. I viewed it as being inherently masculine and believed that it didn’t “suit” girls. This probably had something to do with the fact that my father was (is) a professional guitarist, so my main reference point for what constitutes a guitar player was the dominant male figure in my life. Anyway, when I was 13 and discovered Nerina, I came to the realization that it was not only okay for girls to play the guitar, but it was pretty much the coolest thing ever. I never looked back.

6. Tina Dico
I got into Tina’s music when I was just getting serious about songwriting and guitar playing. Her songs were some of the first that I became reasonably proficient at playing and singing at the same time, and learning how to play “Room with a View” was an education in finger picking. She also taught me that you don’t have to be a soprano to be a great female vocalist (credit also goes to Karen Carpenter – hurrah for contraltos!). 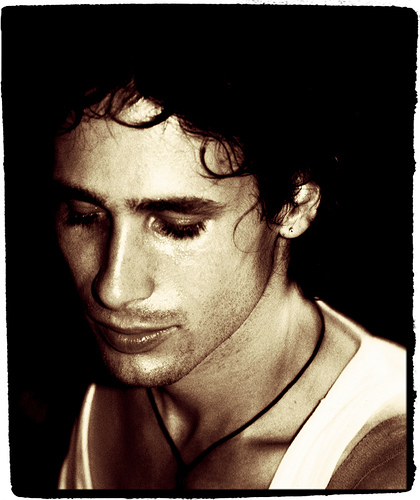 There’s a reason why art is so compelling – it’s because it has the power to change lives. Great art can completely change your outlook by offering a new perspective. The art of songwriting is no exception. Here (in no particular order) are six classic songwriters who have changed my life:

1. James Taylor
He showed me that it’s possible to write profound and introspective songs without throwing a pity party. Watching his live show in 2007 was one of the most amazing musical experiences of my life. He also helped me find a husband – when Cuan first told me how much he loved James Taylor, I took it as a sign that we were meant to be!

2. Bob Dylan
An obvious one, I know. I don’t know many songwriters who haven’t been deeply affected by him in some way. Dylan opened my eyes to a whole new way of telling stories through songs. He caused me to reevaluate everything I thought I knew about putting words together. He inspired me to push boundaries and gave me the courage to allow words be the focus of my songs.

3. Jeff Buckley
When I was a teenager, I was so obsessively passionate about Jeff Buckley’s music that my friends teased me mercilessly. It was my own fault really – I was fairly incapable of letting a conversation go by without bringing him up. From Jeff I learned the importance of delivery when it comes to conveying the message of your song. He also showed me that it’s okay to explore different genres – a great song is a great song, no matter the style or the era in which it was birthed. Additionally, he taught me that it’s good to be innovative, and to create music that you love regardless of whether or not it’s congruent with what’s popular or current.

4. Jackson Browne
Jackson Browne is the king of clever, relatable and passionate songs that awaken the romantic in me. He reminded me that heart-wrenching love songs are timeless, and that some songs just need piano.

5. Nick Drake
From Nick I learned to not make fame the objective. If you allow the goal to simply be making beautiful music, you will save yourself a lot of heartache and disappointment. He also taught me that shrouding your story in metaphor and mystery can be totally amazing, if it’s done with continuity and mastery.

6. Joni Mitchell
Where to begin? She taught me that the best songs are born when one has the courage to explore the deepest recesses of the human soul. That you can be a total introvert and still be an engaging performer. And that if you ever have the opportunity to have James Taylor play guitar on your songs, you should definitely take it.

Are there any songwriters who have changed your life? Share your experiences in the comments section below!